To be honest, Costa Rica wasn't a dream destination of mine, but the reaction I noticed over and over again from those who had visited made me very curious about what this whole "pura vida" thing is about. Well, I get it now!

Before I went to Costa Rica, I only knew what people told me about this place. As an acupuncturist, I’m trained to notice brightness of eyes, tones of voice, and the facial complexions of my patients. When those who have experienced the “Pura Vida” talk about their visit, their “shen” (or spirit) instantly becomes bright and alive.

To be honest, Costa Rica wasn’t a dream destination of mine, but this reaction I noticed over and over again made me very curious about what this whole “Pura Vida” thing is about. I thought it would be a bit overrated and Americanized, especially due to the numerous friends who have been on yoga retreats, surfing trips, and honeymooning there. My experience was ANYTHING BUT ORDINARY.

We arrived to San Jose, jumped in a little SUV that screamed “tourist inside this shiny white vehicle” and we were off for out 4 hour commute to Uvitas where my main squeeze and I decided to go glamping to celebrate 10 years together.

The drive was quite exciting…on the way, we stopped at a lookout at Jaco Beach where we were greeted by the most beautiful scarlet macaws who flew overhead screaming. After a few pics we were off again arriving by dark to our little piece of paradise, Manoas (which their website and social media platforms does them no justice – just add a million percent more amazing than what you see online).

We had protien bars for dinner and fell asleep to the sounds of the jungle.

The next morning  – here’s the part where we rave about Steve’s coffee – we had breakfast at the little cafe of the lodge. I chose a typical Costa Rican breakfast of eggs, gallo pinto, and plantains and Terry went with the pancakes and homemade banana syrup. And coffee. Some of the best darn coffee I’ve had….and I’m a total coffee snob! Terry, being a nurse, is not phased by large amounts of caffeine. I, however, had to control my intake to not over caffeinate my body.

We soon were off to our first (and only) tour we booked in advance. We jupped on some ATV’s, GoPro mounted to my helmet, and headed into the mountains to areas clearly unreachable by car. We were gifted with super amazing ocean views, lush jungle terrains, rocky and muddy trails, and um wildlife that included A FUCKING SLOTH! Yes. A fucking sloth in a tree moving at sloth speed in all of it’s sloth glory! In that very moment, I could have boarded my plane back home completely satisfied with my time in Costa Rica.  I still regret choosing not to bring my good camera on this excursion, but I can say with confidence that Mr or Mrs 3-toed sloth is etched in my memory forever. That’s for sure. 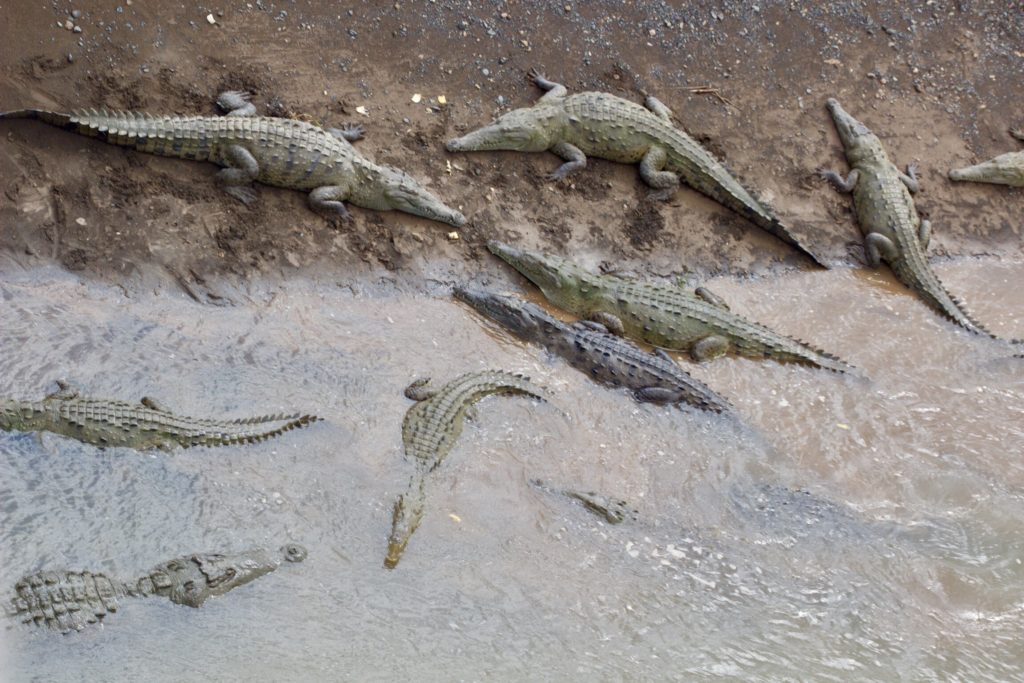 Rio Tarcoles Bridge on the way from Uvitas to San Jose. Look down into the river to see the biggest alligators you’ve ever seen (keep in mind I’m from Florida). 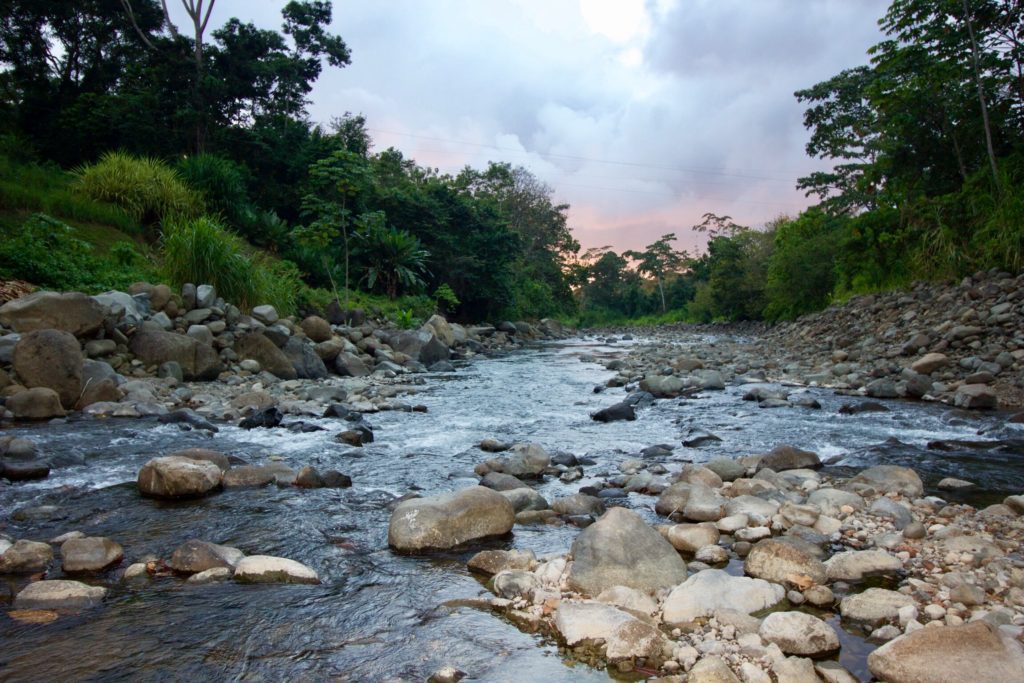 On the property of Manoas, this beautiful river runs along their property. It’s too bad this photo can’t capture the mesmerizing sounds. 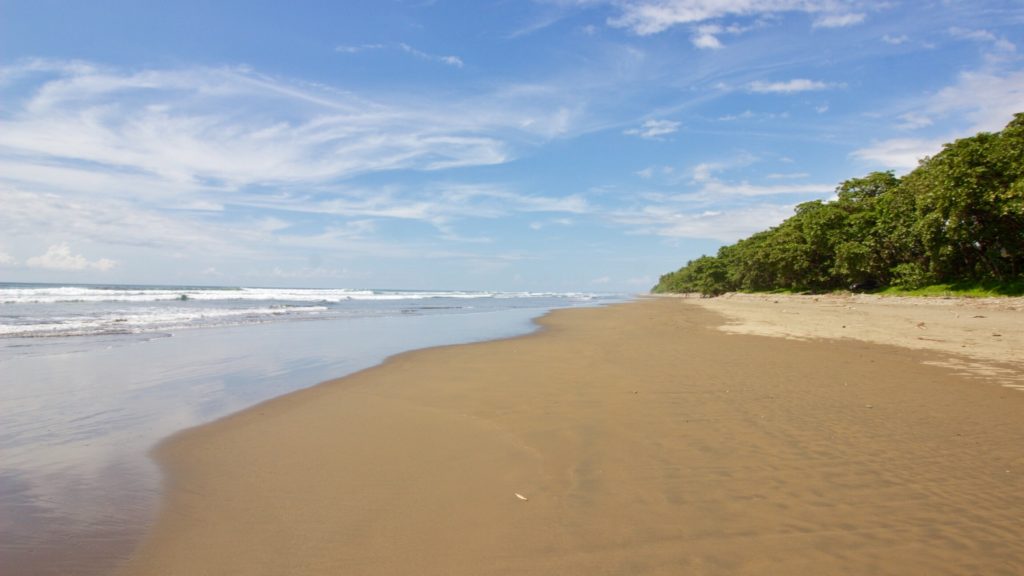 We really couldn’t believer how underpopulated the beaches were in this area. I read from travel bloggers that Uvita is one of Costa Rica’s best kept secrets and I couldn’t’ agree more! 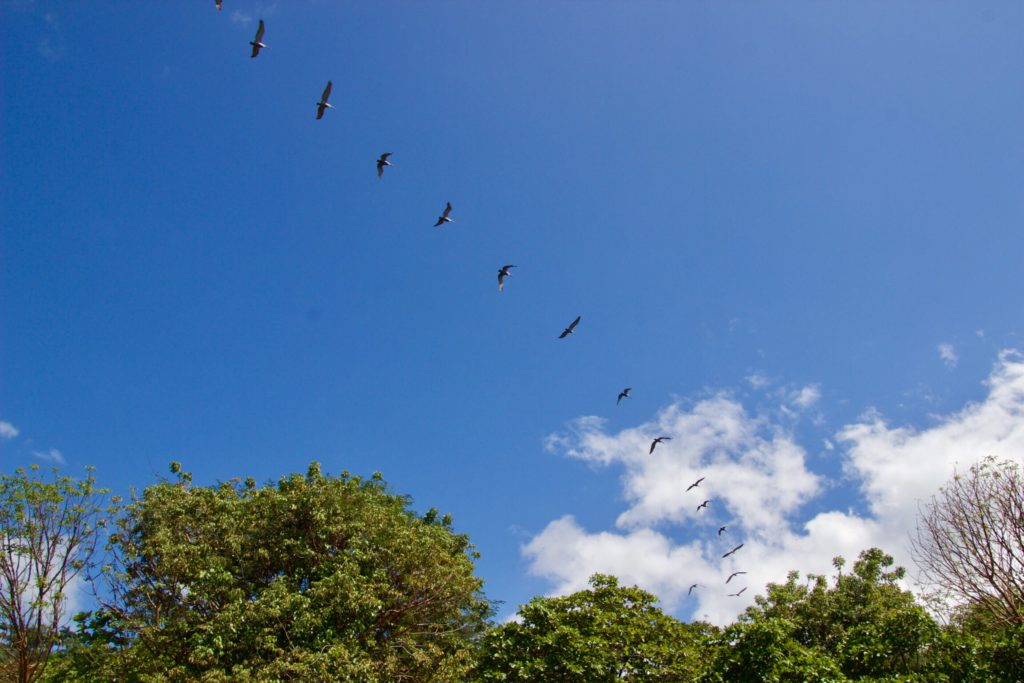 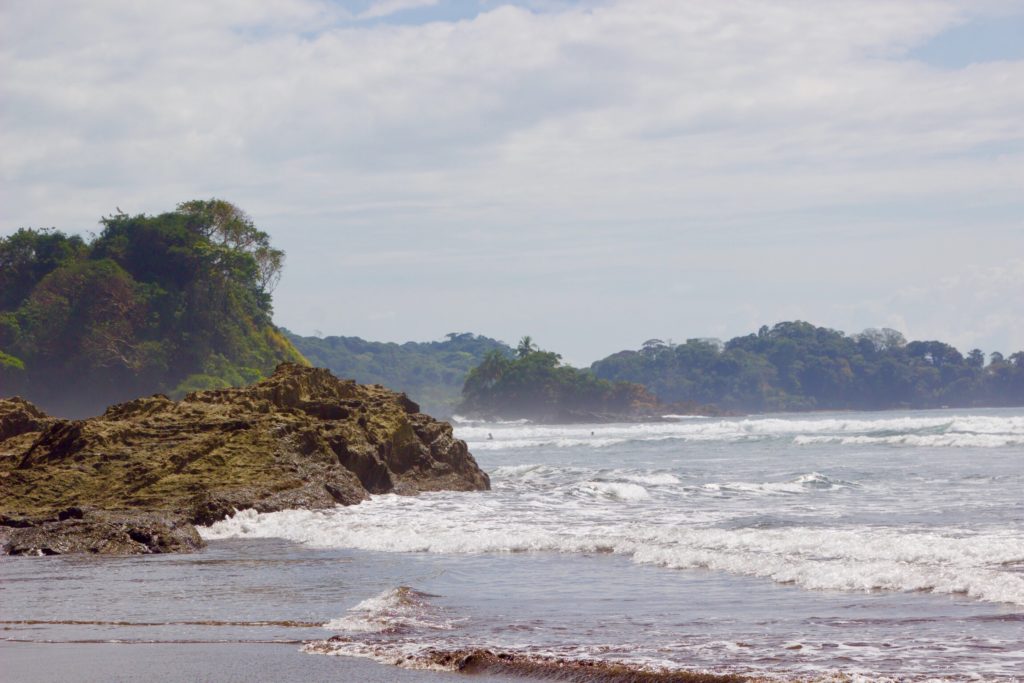 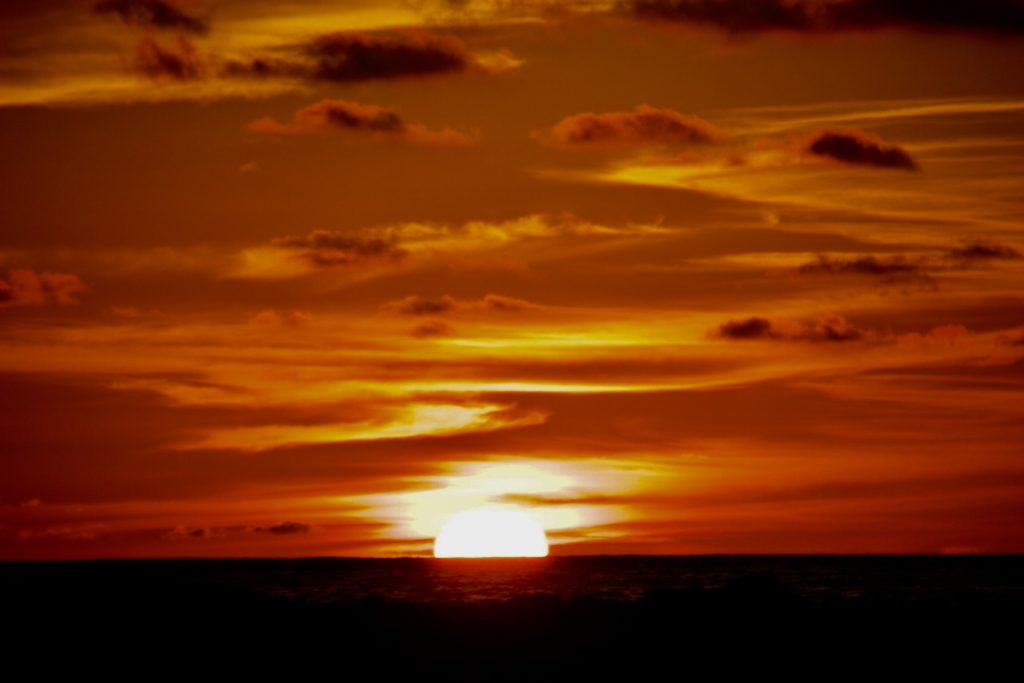 One of the perks of visiting Uvita in December were the incredible sunsets…..every single day. 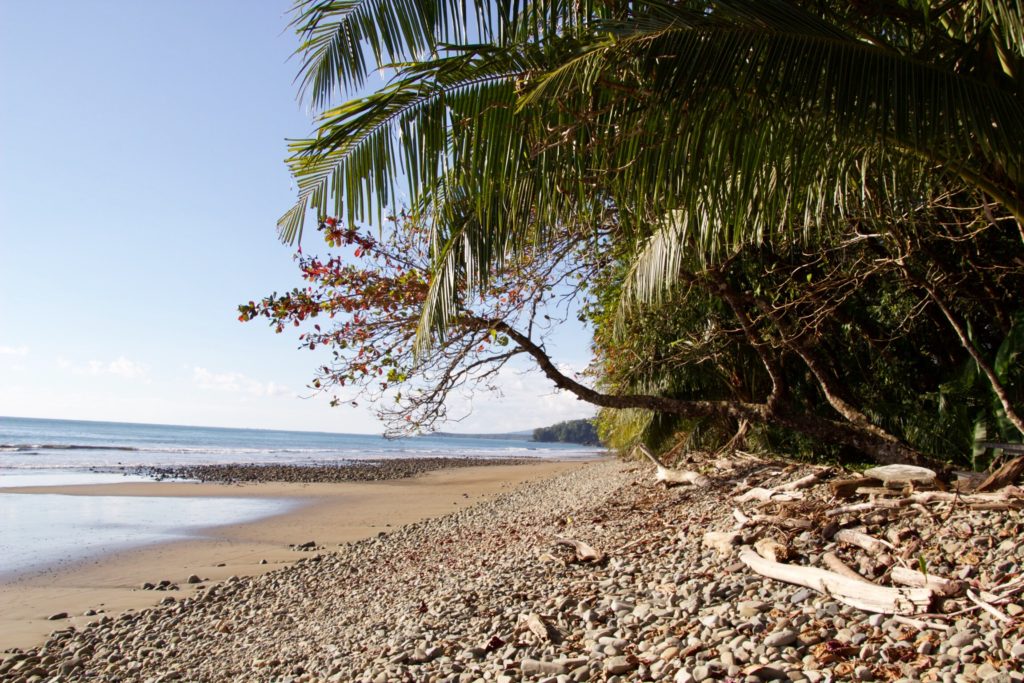 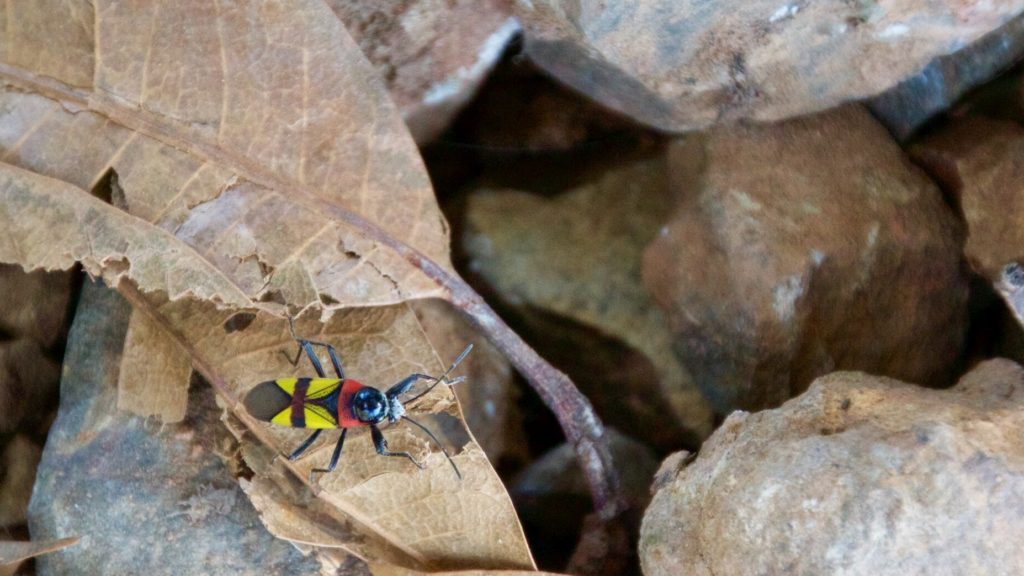 There’s no shortage of bugs in this tropical paradise….! 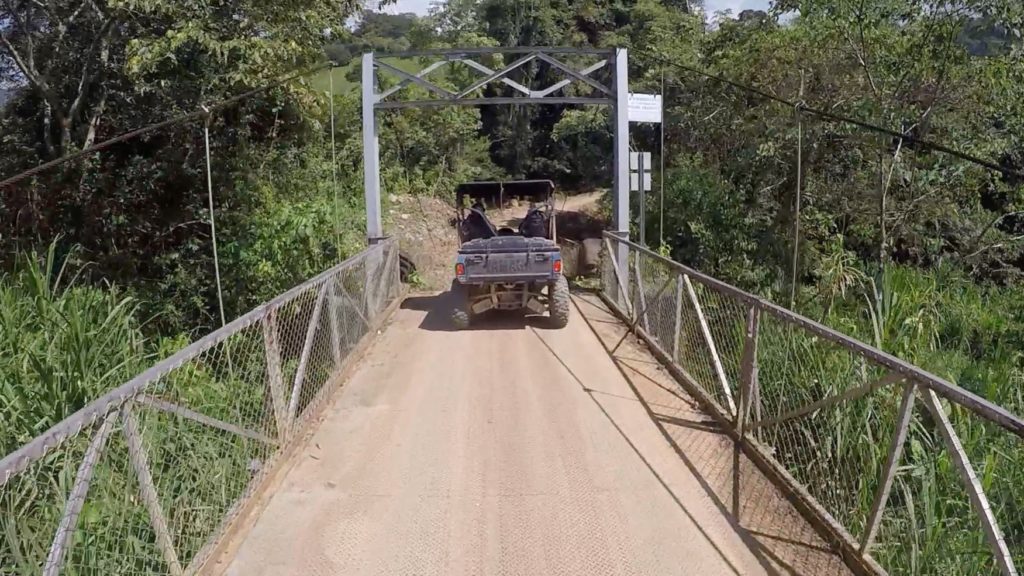 An all terrain vehicle was the perfect way to see places unreachable by car! 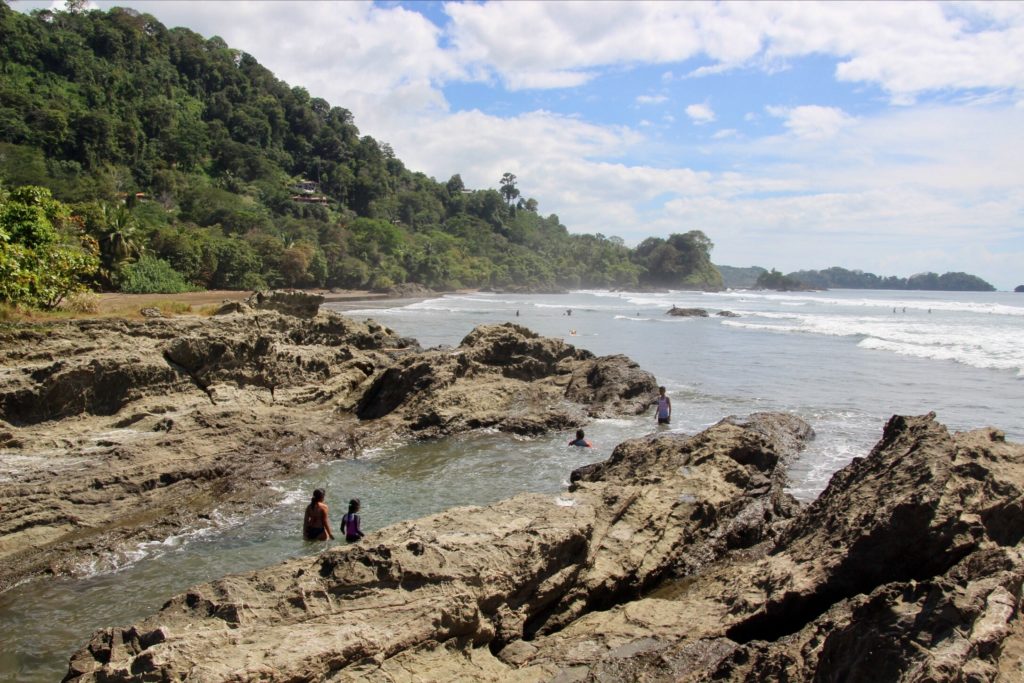 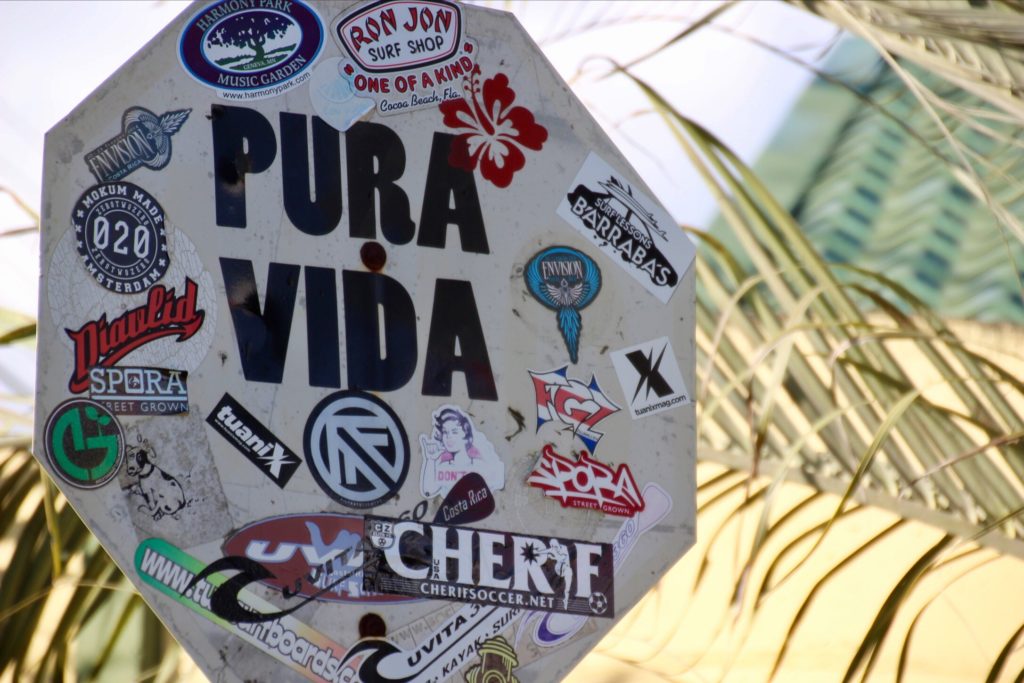 The term has been present in Costa Rican dialect for some 50+ years. Pura Vida has a simple English translation but a far more profound meaning to the people of Costa Rica and anyone spending any amount of time in this majestic country. Pura vida. Pronounced POO-rah VEE-dah, in English means, “Pure Life”. (Thanks Google) 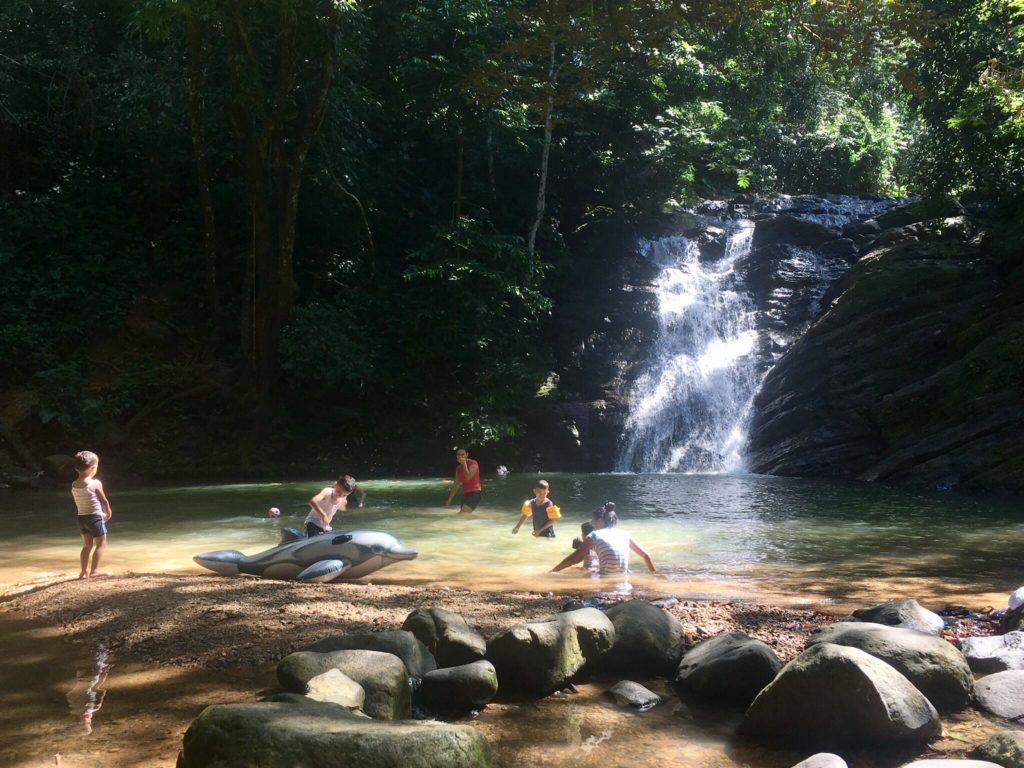 Poza Azul Waterfall and swim hole. We chose to go to this less popular sight instead of Nauyaca Waterfall. Lucky for us because we saw monkeys in the trees and river prawns nibbled on our toes…..and we were the only non-locals. 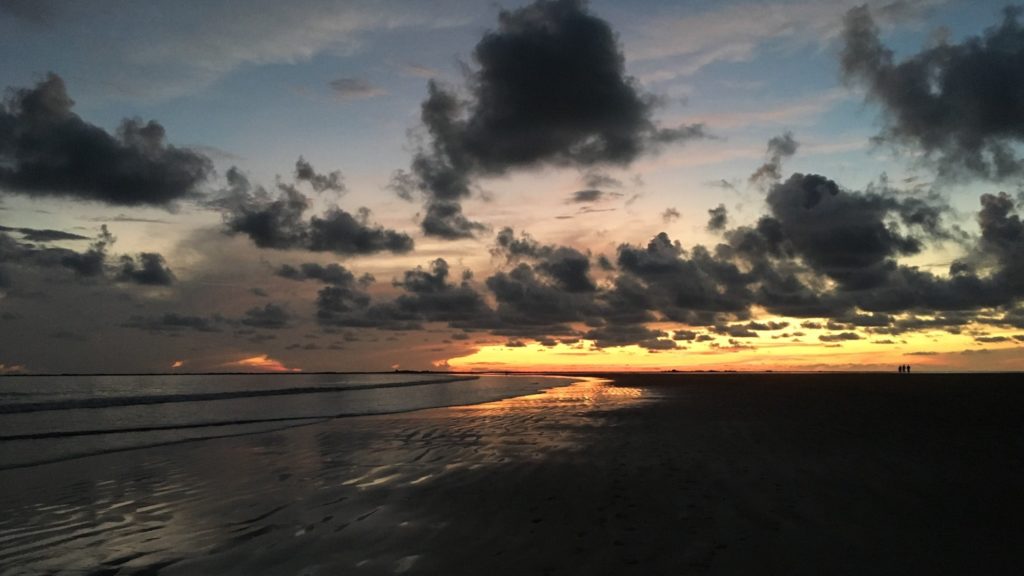 The Whale’s Tail is one of the most popular parks in Uvita. When the tide is low, the reef forms into the shape of a whale’s tail at the very location where the humpbacks migrate yearly. *sigh*